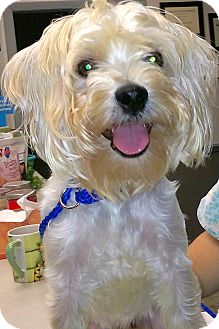 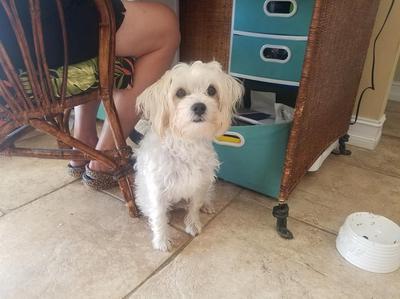 Freddy when we adopted him 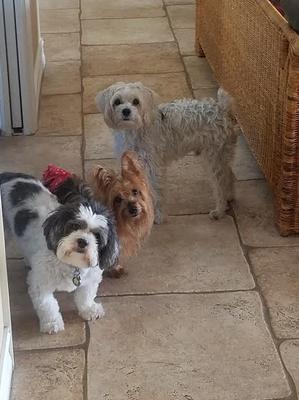 Freddy and the gang 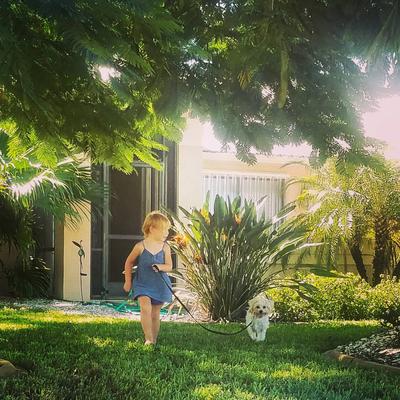 Freddy and my granddaughter

Freddy was a rescue who failed his temperament test. He was only 12 pounds, and apparently had been on his own for a LONG time. I don't know what they did to him to make him flunk his temperament test, but I bet it was the cage. He is the sweetest dog ever, but is terrified of cages, and is also terrified of my 10-pound, 13 year old silky terrier, who runs the household.

We have to be careful what we leave out, because Freddy will leap to the back of a counter if he sees a plastic bag. He has eaten French eclairs and destroyed a peanut butter pie during a party with 50 onlookers. His very favorite thing, however, is to capture a rat, mouse or frog - the proudest day of his life was when he presented me with a very dead palm rat.

The oddest thing about him is that he is absolutely fascinated with the TV. He really hates cartoon animals, like the Energizer Bunny, the bear who sells toilet paper, etc.. We have to watch him, because he will try to lunge into the TV to get them. He is also not wild about violence on TV, which includes football. Right now, he is all tired out from trying to dig under the fence to attack the big dog next door. He's lying at my feet, snoring....