From a Care Center which was connected to a shelter 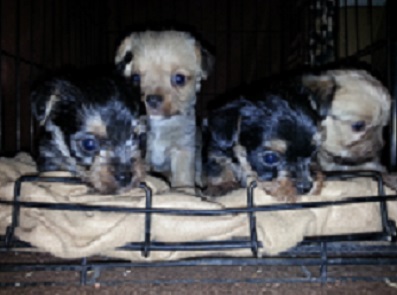 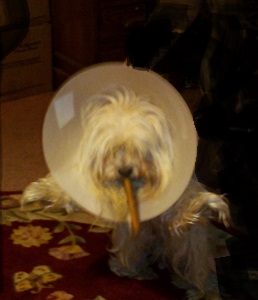 Silly Boy after he got fixed 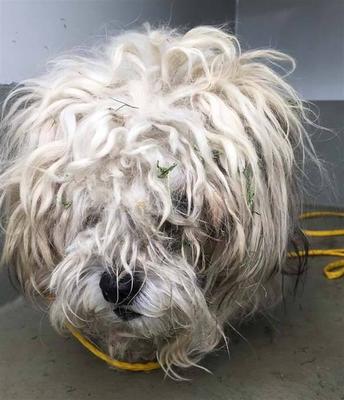 Lil' Man before I got him 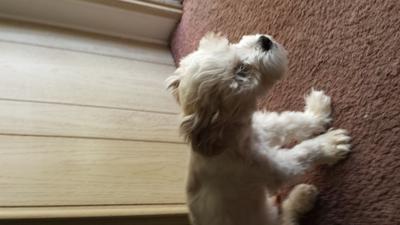 I was getting desperate and needed to find another Maltese or Morkie. I saw this horrible picture of this dog that was suppose to be Maltese/Shih Tzu. He looked like a tumbleweed, seriously. I thought I lucked out when I went to see him. They shaved him. This poor dog still had stickers deep in his skin.

I took him for his check up in a week and they told me he was sick. I was upset!! Why would you put this poor dogs picture in advertisement looking like a tumbleweed. Why didn't you tell me he was still having issues. Well, each week I had to take him back to them and each week cost me more money. Money for the visit, money for antibiotics. So after 3 times of antibiotics and the DR. promised to do surgery for free. I take him to his appointment for the surgery and they tell me he has a fever. So more antibiotics. Then a blood panel, then a x-ray. All awhile the dog is getting to where he wouldn't even get up now except to go to the bathroom. I was feeding him water with a medicine dropper and hand feeding him.

Thinking of how much they charged me now? Well, he didn't get his surgery because of the supposed fever and the DR. flew off to for her Holiday (same Day). After she comes back I spoke to her on the phone and she said the dog not only needed lung surgery (incase) he might have spurs and a rear end surgery; but she thinks (just like she said she thinks) he has this and that his white blood cells are taking over his red. They wanted me to bring him in again. I said no more, the dog would die if you gave him surgery and you keep on calling me in with him for more money, for get it!

I started taking care of him on my own. I Combed out all the stickers. I started feeding him cooked hamburger and rice. This dog is a smart dog, wags tail for yes, goes num num num with mouth for food and water. He is potty trained and in first week I taught him to give me 5. He weighed 5 pounds when I got him and now is almost 9 or 10 pounds. He runs and can go up and down stairs. Don't you just love the vets who want money. It would have cost me thousands of dollars if I kept going to them. As it is I owe 510 (which I am going to check on) Cause how can I owe more money when haven't been back to them in over 2 months. The dog would have died already if his white blood cells were taking over the red.

Its one thing if a dog or any animal needs help, but to know I lost my Maltese (Silly Boy) June 27,2017 and to still rip me off? The dog cannot eat dog food cause it is all poisoned and that why dogs are throwing up foam. Add the FDA for YOUR food and your Animals foods and treats to see the re-calls!!!! The beige one all fluffy was Silly Boy!! Animal Hospital didn't say you need a hood and before he left them his stitches were out, so they super glued him and I had to take him back almost daily.

Just be careful where you get your dog and take the time to know its ok before you take it home. Have a wonderful week end and have fun with your doggies.

Join in and write your own page! It's easy to do. How? Simply click here to return to Cheap or Free Maltese Puppies.