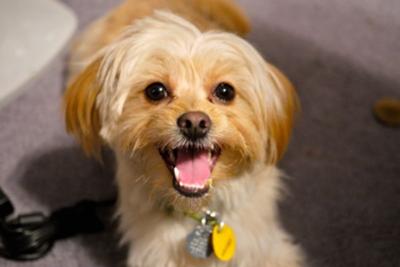 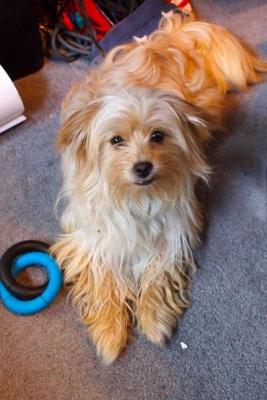 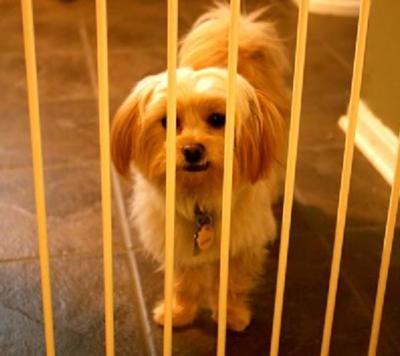 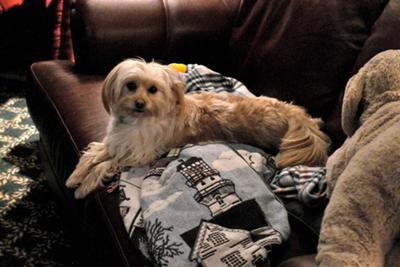 We adopted Chooey from a shelter when she was just under a year old. The shelter thought she was a Yorkie Havanese mix but we weren't sure so we had a DNA test done and according to the results, she's a Keeshond Maltese mix with 10% poodle. I haven't been able to find this particular mix anywhere.

She's a very sweet dog -- very affectionate and playful. Her coloring is a mix of light brown-almost yellow with some darker brown in a few areas. She weighs about 8 pounds and is full grown. 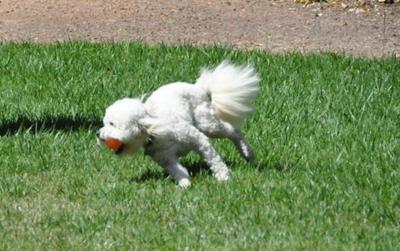 Winston is a 2-1/2 year old Keeshound Golden Retriever Maltese mix. I got him from Milo Foundation in San Rafael, California. They rescue dogs slated for disposal. Everyone thought he looked like a Labadoodle; However, he was described as the most mellow fellow they had seen. Milo Foundation was right.

So I had his DNA done. I've had my Maltese mix Winston a year. He is reserved, obedient, only barks when he plays, runs to the door without barking when someone approaches. He is 23 lbs.