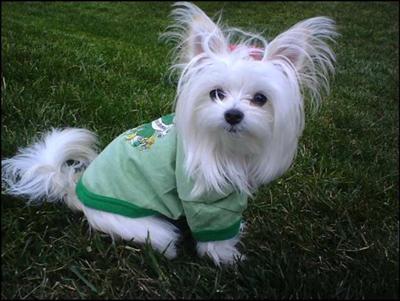 We love our Maltipoo Pomeranian mix baby girl . She is exactly as described. Highly intelligent, big personality, clever little thing and so easy to train. She definitely can be high strung and has stranger anxiety but warms up rather quickly. She is 1/2 Pomeranian and 1/2 Maltipoo. We absolutely love, it is amazing how much she looks like the pictures. We love this mixed breed so much we would buy another in a heart beat. She steals the hearts of all that meet her. 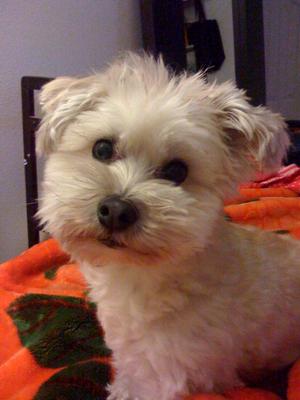 knows how to pose for a camera

Kahlu is a Maltese Pomeranian Yorkie mix and originally belonged to my cousin; I watched him for a week while my cousin went out of town for a cruise. And ever since then, Kahlu & I have been best buds.

Eventually my cousin let me have him b/c he simply didn't have as much free time with him as I was able to provide. He & Winston (my other Yorkie mix) both will be turning 9 this year - every year I throw a BBQ doggy birthday party & invite all their friends.

Kahlu is a very sweet LOOKING dog but he's feisty just like me. He's very protective of me - he cant stand for someone to play fight with me without putting himself in between us...and his loyalty is all about me. And he does not like being taunted - for some reason he hates feet so if you're wiggling your feet in front of him, watch out!

He might come across as mean, but once he gets use to u, he's very sweet & loving. He likes to act like a prince, he must feel some kind of entitlement when he's with me to always be in my arms; also he likes to prop himself on a pillow, or pile of fresh-out-of-the-dryer clothes.

He's a tough little guy but sometimes his bark is louder than his bite (LOL!). I never thought of myself as the dog-owner type - but being with Kahlu makes being a dog owner so much fun! I'll take another replica of Kahlu anyday! :D 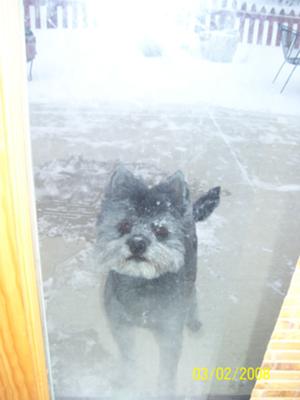 Come on out and play!

My Maltese Irish Setter Pomeranian mix Maxxi is about 12 years old and is the sweetest, cutest dog EVER. I was fortunate to find him at the local humane society a long time ago. People always asked me what kind of dog he was and I could only say Rescued. Max is such a sweetheart that I started to think about his age and what I would do. I really would like to find another dog like him. I finally got a doggy DNA kit and was surprised to find out his breeds. I really had a laugh about the 5th level Irish Setter but I can see it.

Max has the sweetest temperament. He is a little barky but he settles quickly. He loves walks and fishing (really).

I have him groomed to look like different breeds (Carrin, Schnauzer, Poof ball) but when he grows out he looks like an Ewok from Star Wars.

He is not tiny but he is not huge. Max weighs in at 15 pounds so he is perfect for the lap.

Everyone who meets Max wants to take him home. He is my pal.