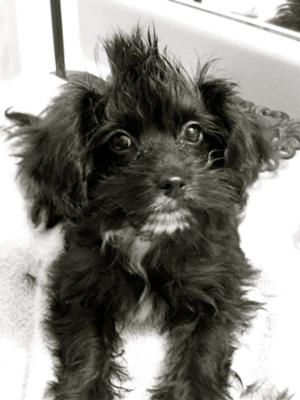 Bad to the Bone

Our black Morkie puppy Gibson became part of our family about a month ago. He is 13 weeks now and weighs 4 lbs.

He has the cutest personality and just loves to give kisses! He loves playing with his toys and he is determined to make friends with my cat.

Gibson loves to be brushed, so I just had to give him this mo-hawk for his first published photo!

I've really been enjoying our Morkie puppy and can't wait to spend many many years with him. 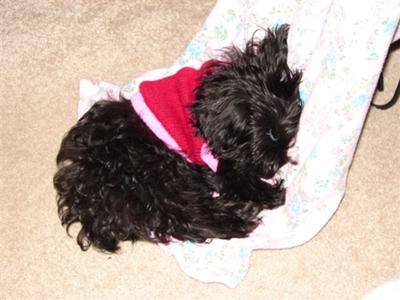 Lily is a 3 month old black Morkie puppy and is a ball of fire.

We have two cats and one is all white so we think she thinks he is her mom. She is constantly trying to play with him. He doesn't like her so he hisses at her and that is even more fun! She will attack him from the back and he tries to get her with his paws. He is de-clawed and doesn't bother her with claws. She runs around doing figure 8's and lunging toward him, he hisses and she runs around and around.

The black cat doesn't like her at all. She has claws and so Lily keeps her distance. One night Sicily was chasing Lily and as Lily went around the corner she yelped like she had been mortally wounded. Having watched the whole thing I know Sicily didn't touch her so it was just a rouse for sympathy! It was very amusing!

Lily is the light of my life! She makes life fun and exciting!!! 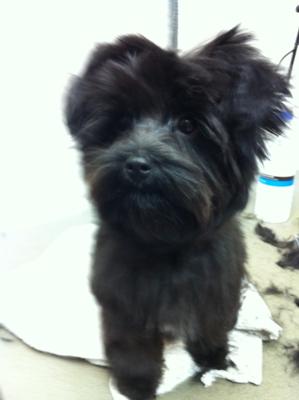 Reggie is a black Morkie puppy and is a little over 4 months old now (born 10/14/10). He weighs in at 3.4 lbs! My Morkie is a very smart little pup and loves to torment the cat. His favorite game to play is "catch me if you can!" 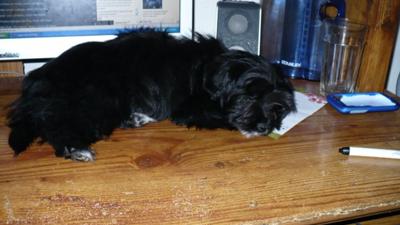 my morkie on the desk

New to the family, our black Morkie, 13 weeks old and full of fire and fight. but she is all lover and cant get enough of being around her new "dad" black with a white beard and line down her chest, also a little white on the tips of her feet. 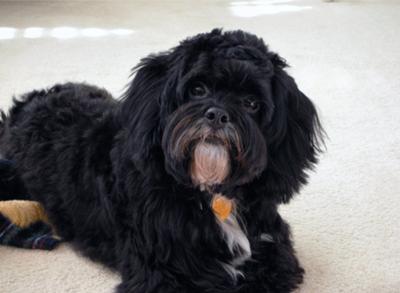 Cooper is a 2 year old black Morkie and the most amazing dog, he has a kind, loving and very respectful nature. He loves everyone, and they love him too. My Morkie just has a beautiful energy, very well behaved and I think someday he could make a good therapy dog. 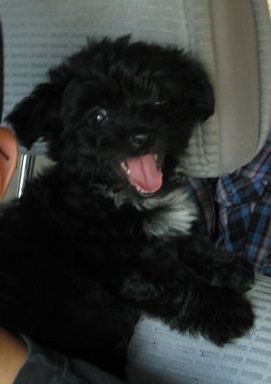 My little black Morkie puppy is only 7 weeks old. She has the most loving and caring personality I have ever seen in a dog. She never leaves my side. She absolutely loves to cuddle with me whenever she can. She's also super spunky and hyper.

My Morkie puppies always on the run wanting to play with everyone. I love her and I wouldn't want any other dog! I also love her hair! It's so easy to maintain. 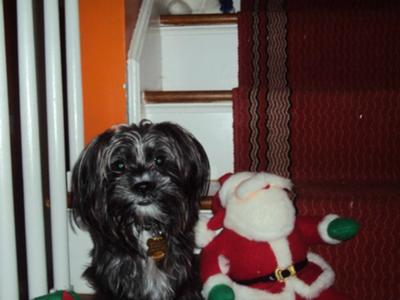 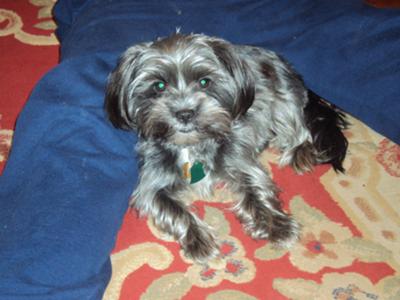 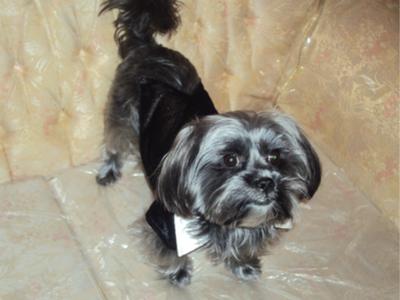 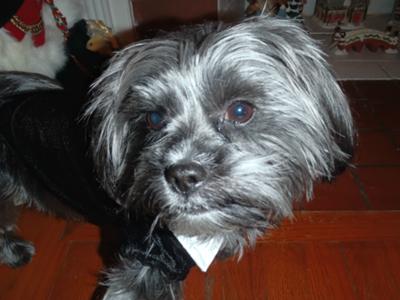 HI, THIS IS OREO HE IS A BLACK MORKIE HE IS 3 YEARS OLD. HE IS OUT GOING AND HE SWEET, AND LOVEABLE. HE IS TRULY A FAMILY MEMBER. 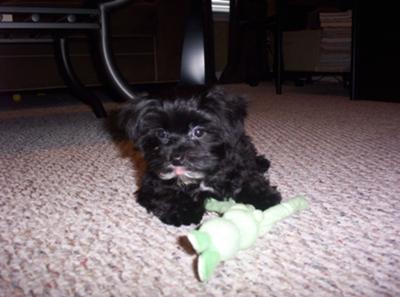 He is in the biting stage and loves to play. Me and my son are allergic to most animals but we love dogs. We found Lucky in a pet store and fell in love with him and just had to have him.

He is very friendly and loves our neighbors dogs. He isn't afraid of the big dogs, he will go toe to toe when playing. He loves being around people and we are glad that he joined our family. 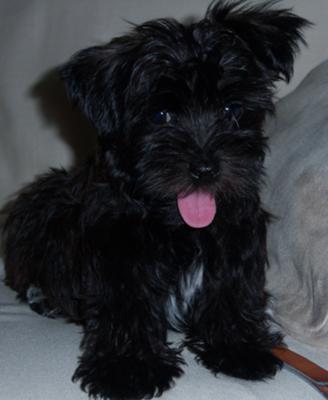 One of the sweetest Morkie puppies!

Bach is awsome, he's energetic, playful, sweet, and cute all wrapped up in a little 6 lb pup. He is 5 months old now. I got him when he was 9 weeks and solid black except for a little white patch on his chest. Now were seeing some changes he's starting to turn silver which is really cute we call him Mr high lights, guess he's taking after his Yorkie mommy.

He has 2 cat sisters and they love playing together although he doesn't want to stop when they do usually but thats just the puppy in him. he is very obident and understands what "no" means.

I knew I wanted a Morkie from the first time I saw the pictures online, they really are sweet dogs and rarely ever bark.

by David and Debbie
(Collierville, TN)

Bailey is a black Morkie puppy with a brown and white face and paws. He has been easy to housebreak for the most part, but he is very active. He plays hard for about an hour then sleeps for an hour. He loves to be rocked which we love to do. He is about 3 1/2 months old and weighs close to 3 pounds. He is very intelligent!

Our Morkie puppy understands when we ask if he needs to go outside and has learned to sit to get his treat. I think Bailey likes to watch TV, but his daddy thinks he just likes the noise. Bailey has trained us well!!

Join other Maltese Maniacs and get our exclusive monthly newsletter, discounts on great Maltese dog products, and notifications of contests and giveaways.

Does your Maltese dress up for Christmas?

If your Maltese is the cutest, most festive dog around then you could win!