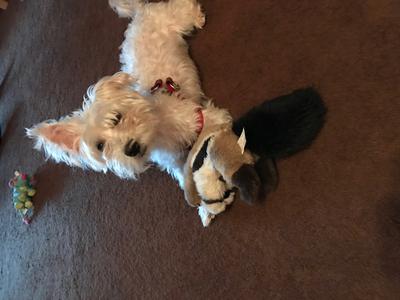 that ear is always up! 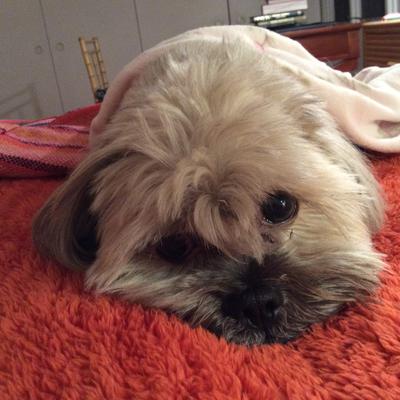 Jamie was found on the street and rescued by a Maltese Rescue group. He was named James but when I adopted him I decided to call him Jamie.

They think he's 5 yrs old but he acts like a puppy, So energetic and loves to fetch and tug of war. But he also likes to cuddle. He loves everyone and sometimes seems to be looking for his original owner. I've just had him for 2 weeks but he's settling in. He prances down the street and likes most dogs. One ear is perked up always. He has big shoes to fill because I had just lost my JJ to cancer and he was the sweetest love.

I think he was a Havanese/lhasa mix also found wandering the street. I think Jamie was heaven sent. Another coincidence is that the rescuer named him James and that is my deceased husband's name - he was a premier jazz guitarist. I feel very blessed to have this bundle of joy.